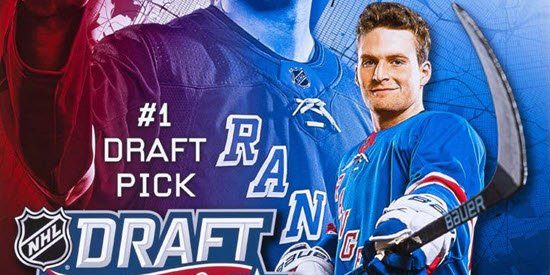 CARLSBAD, Ca. (March 08, 2021) – For years, hockey fans and collectors have been keeping a close eye on Alexis Lafrenière, the young phenom who joined the ranks of NHL® Young Guns this season. While fans have been able to collect Lafrenière Team Canada and Rimouski Océanic autographed memorabilia items, the long wait to own a piece of Alexis Lafrenière official NHL® autographed memorabilia has finally come to fruition.

Lafrenière made his NHL® debut on opening night for the Rangers® and scored his first goal back in January, an overtime game-winner against the Buffalo Sabres®. Recently, he was bumped up to the team’s first line.

“We are excited to release these highly anticipated products to the public,” said Upper Deck Authenticated Director Gabriel Garcia. “Alexis is an integral part of the Upper Deck family, and we couldn’t be more honored to be part of his journey by offering collectors his first-ever autographed NHL® pieces.”

Fans can visit UpperDeckStore.com to find the exclusive Lafrenière collection and a full line of authentic autographed sports memorabilia

NHL and the NHL Shield are registered trademarks of the National Hockey League. NHL and NHL team marks are the property of the NHL and its teams. All Rights Reserved.