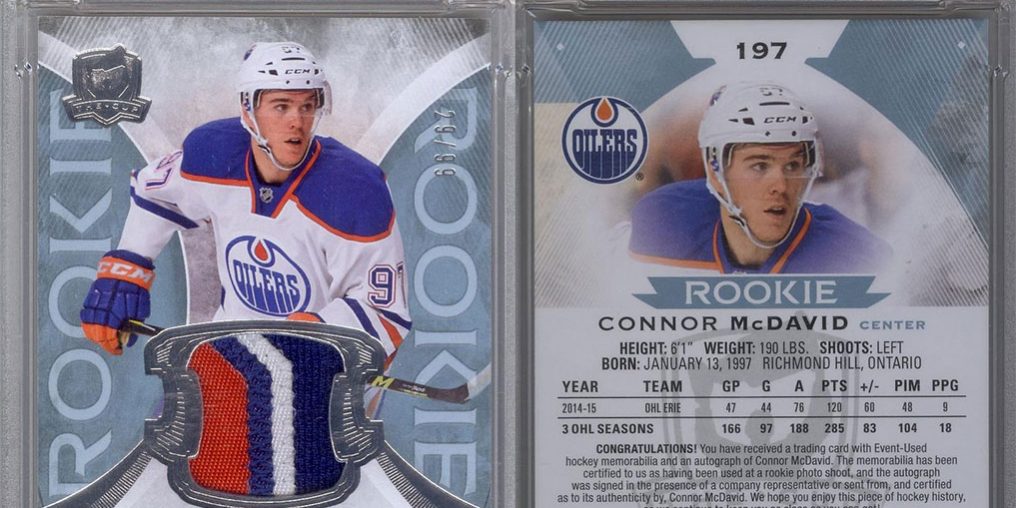 The Cup Connor McDavid Rookie Auto Patch card received a total of 80 bids in an online auction through eBay, the trading card seller PWCC Marketplace said in a news release.

“The level of interest and value ascribed to the Connor McDavid rookie card reinforce the direction of the trading card marketplace,” PWCC Marketplace president Brent Huigens said in the release. “Trading cards are becoming a serious investment for those with an informed interest and a keen eye.”

During his rookie year with the Oilers, McDavid tallied 16 goals and 32 assists in 45 games played, missing 37 games due to injury.

If you would like to have your own Connor McDavid rookie card, you can enter our draw by clicking here. You will have a 1 in 20 chance to get the Connor McDavid Young Guns card for a $59 entry fee.